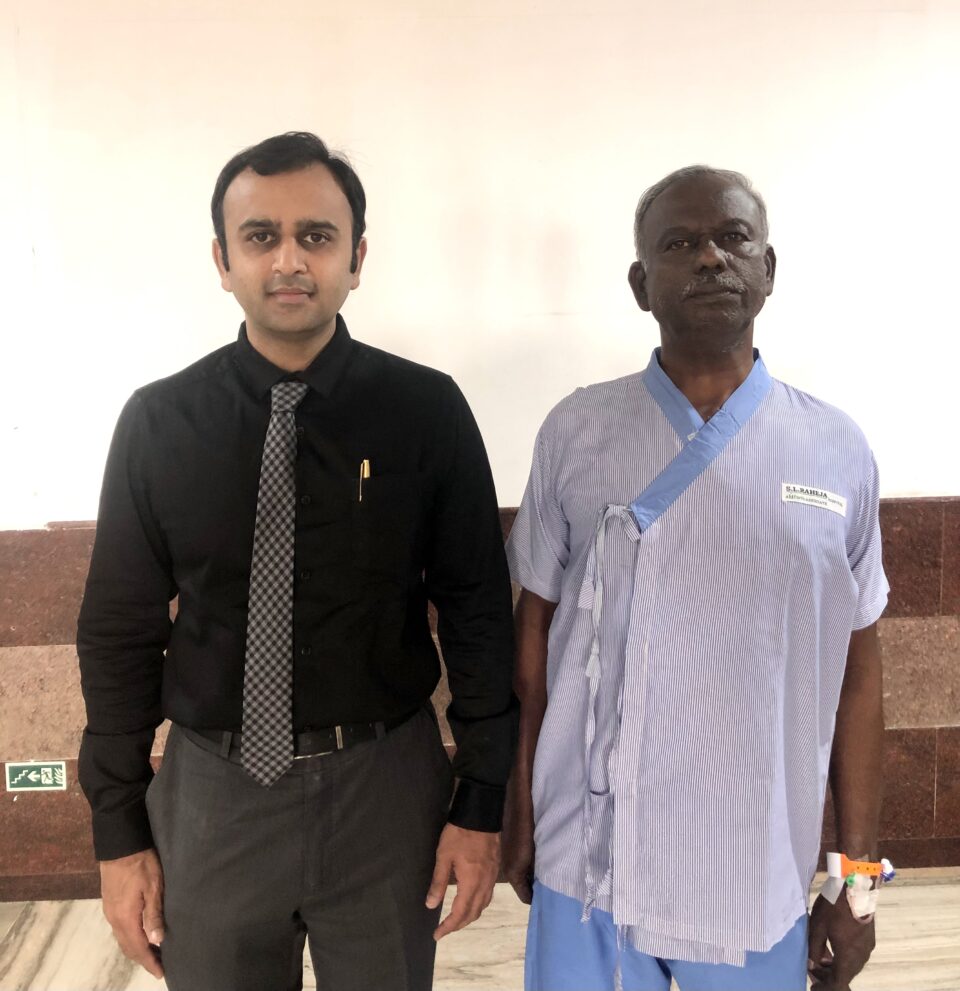 While everyone has heard of stone removals from the Gall Bladder and the Kidneys, stones in the knee are not so common. Mr Laxmikant Madhekar, a 70-year daily-wage-earner, residing in Amravati, Maharashtra, had been suffering from pain in the right knee for the past year. He also experienced swelling in his knee for the past eight to ten years, which affected his overall mobility in terms of walking, climbing the stairs and getting up after sitting. He came to SL Raheja Hospital, Mahim-A Fortis Associate looking for a solution to relieve him of the knee pain and improve his mobility. At the hospital, he consulted Dr. Siddharth M. Shah, Consultant Orthopedics and Joint Replacement Surgeon, who conducted a few tests, established a diagnosis and prepared a treatment plan for him.

“The patient was suffering from a condition called Multiple Giant Synovial Chondromatosis of the knee joint. Synovial Chondromatosis is a very rare condition and affects only one person in every one lakh people. In this condition, the inner lining of the knee joint (Synovium) which normally secretes a lubricating fluid produces nodules of cartilage, instead. These nodules can break off and become loose bodies inside the knee. Usually, the size of the loose bodies may be as small as a pill or as large as a marble. However, the case for our patient was a little different as he had multiple, giant Synovial Chondromatosis, which is an even rarer variant of this condition. In his case, the knee’s multiple loose boodies/ stones were much more prominent in size. The largest stone size, in this case, was 12 X 6 X 5.5 centimetres and had to be removed in two pieces. In total, we recovered four giant and dozens of small Osteochondromas (stones) in the knee joint of the patient! Further, as far as we know, such large and multiple stones alongwith the entire inner lining of the knee have not been reportedly removed from the  knee joint, in India, and this is the second-largest stone removal from the knee in the world.” informed Dr Siddharth Shah, who successfully conducted the operation on this patient.

The patient spoke about his journey and surgery, Mr Madhekar said – “I had been suffering from knee pain for a very long time. In 2010, I started experiencing pain in my leg. I felt that there was a lot of water in my joints, which would lead to swelling and discomfort. Initially, when I visited the local doctor, he said that we would remove the water through an injection. However, that did not prove helpful as a few years later, my pain returned, and it affected my mobility. Then I visited SL Raheja Hospital, Mahim, where the doctor advised MRI of the knee and discovered the stones. After this diagnosis, my knee was operated, and the stones were removed.”

In addition to removing stones, a total knee replacement (TKR) surgery was also performed on the patient, as his knee joint was damaged due to Osteoarthritis. He had Osteoarthritis because these stones were present in his knee from a very long time, and this in turn damaged his joint cartilage. The surgery was performed on March 10, 2022, and the patient is well on his way to recovery. He will now be able to walk and perform his daily activities without any pain or discomfort.