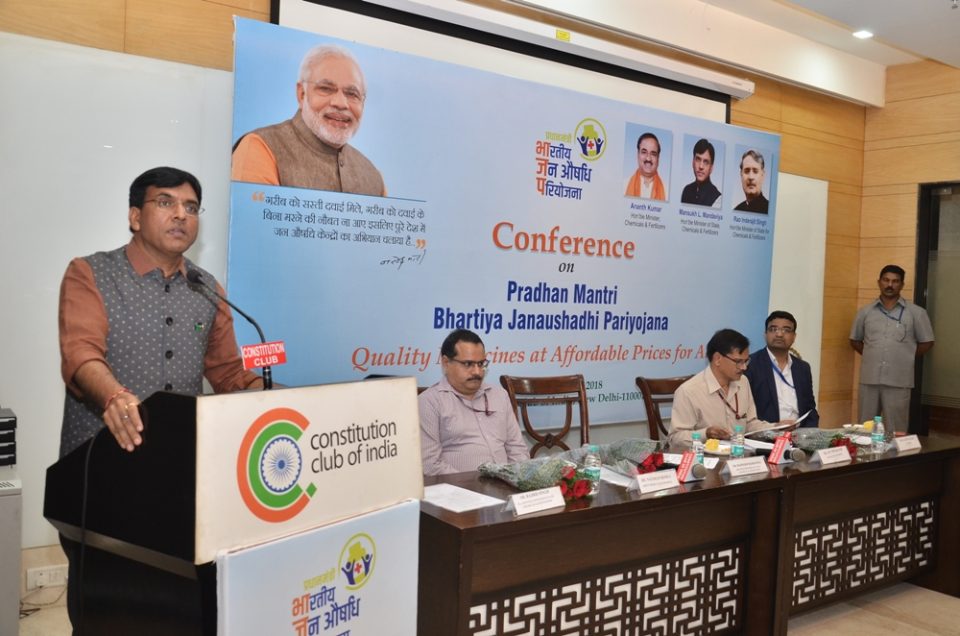 Calling the Pradhan Mantri Bhartiya Janaushadhi Pariyojana (PMBJP) a Silent revolution, Union Minister of State for Road Transport & Highways, Shipping and Chemicals & Fertilizers, Shri Mansukh Mandaviya has, in a statement, said that Government of India’s endeavor to provide quality medicines at an affordable price is now making an impact on the lives of common masses. It is a revolution that is shaping the health of health care in India for common citizens, the Minister added.

Shri Mandaviya informed that in the financial year 2018-19 (up to October 2018), the total sales of Janaushadhi medicines have crossed Rs. 150 crores. This has led to total savings of approximately Rs. 600 crores for common people, as these medicines are cheaper by 50% to 90% as compared to the average market price of branded medicines. He also stressed the excellent quality of PMBJP medicines as these are procured from only WHO-GMP certified manufacturers and each batch is tested at NABL accredited independent labs.

Informing that the number of Janaushadhi stores in the country has grown to more than 4300 in 640 districts, Shri Mandaviya noted that this scheme is providing a valuable source of self-employment with sustainable and regular earnings. The average monthly sales per store have grown to Rs. 1.50 lakh, as per a recent survey conducted by the Bureau of Pharma PSUs of India (BPPI), the Minister added.

Laying down the future roadmap for the scheme, Shri Mandaviya said that by the end of 2018-19, the total number of Janaushadhi stores in the country would reach more than 5000 stores, with annual sales crossing Rs. 300 crores.