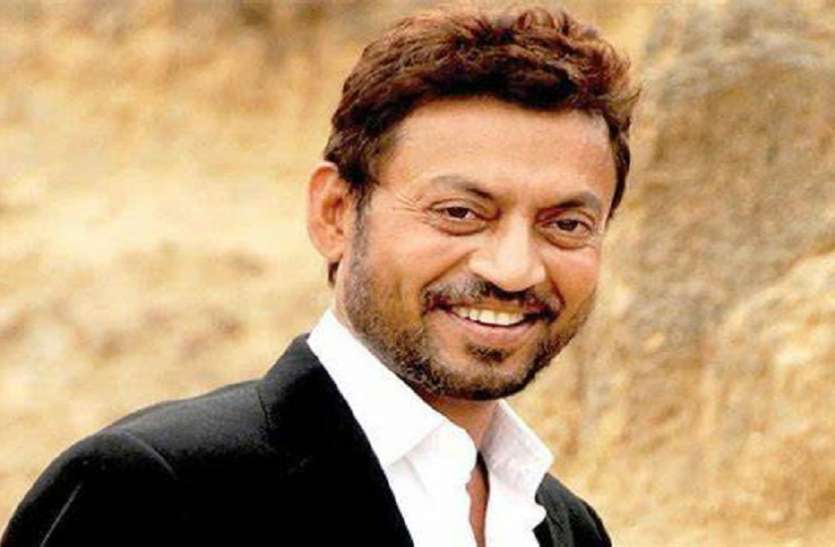 Irrfan Khan’s words from his film “Life of Pi” will always keep reminding us to remain positive and let go everything for: “In the end the whole of life becomes an act of letting go. But what always hurts the most is not taking a moment to say good bye…”.

Waking up in the morning of Wednesday April 29, 2020 was not usually pleasant. The presence of the pandemic wasn’t new now any more. The numbers – of positive cases and death – world-wide were increasing. Amidst this, the news in the twitter handle – ‘Irrfan Khan is no more’ sent shock waves down the spine. The hand automatically reached for the TV remote to hear the headlines – and all the channels had the same tale to tell – the inevitable had happened – the ominous news of the death of this naturalist actor had shaken all of us. We all knew he was battling with cancer for some time. Diagnosed with neuro endocrine tumour, Irrfan’s health has been fragile since. News soon poured in that the actor had also lost his mother on April 25 (Saturday), but couldn’t travel to Jaipur owing to the nationwide lockdown.

The actor was last seen in Angrezi Medium, which hit theatres right before cinema halls were shut down due to the coronavirus pandemic. Even though the film marked his return to Bollywood after the illness, the actor couldn’t attend the film promotions event as he kept ill. Instead, his voice note was played to address the crowd in such events. And social media was flooded with the voice note after the news of his death.

What he said in that voice note is so poignant and a take away for all of us. Referring to the adage, ‘When life gives you a lemon, you make a lemonade’, the actor smilingly remarked that in reality when life hands over this lemon in your hands, it becomes very difficult to make a lemonade and continued that in such situations, there’s no choice but to remain positive. The voice note ended with a message that still haunts “Wait for me…”

The truth is that the void that he has left behind will be difficult to be compensated. He has been an actor par excellence with not just the choice of his films, but characterizing each role with gravity and an inherent sense of humour. He spoke with us eyes. Irrfan Khan was 53.

And while we were still discussing – not yet recovering – the prowess of Irrfan’s acting skills, Thursday, April 30 began with the news that the original chocolate boy of Bollywood Rishi Kapoor died in Mumbai’s H N Reliance hospital. The actor was also battling with cancer and finally surrendered in this battle. He was 67. Video of the late actor expressing his solidarity to the field workers, doctors and others – after Prime Minister Narendra Modi’s appeal on March 22 – went viral on Thursday leaving millions of his fans in tears. Rishi Kapoor had last tweeted on April 2 appealing people to work together to win against coronavirus. His tweet read: “An appeal.. Folded hands to all brothers and sisters from all social status and faiths. Please don’t resort to violence, stone throwing or lynching. Doctors, Nurses, Medics, Policemen, etc… are endangering their lives to save you. We have to win this Coronavirus war together. Please. Jai Hind!”

‘Anguished by his demise’, Prime Minister Narendra Modi had tweeted: “Multifaceted, endearing and lively…this was Rishi Kapoor Ji. He was a powerhouse of talent. I will always recall our interactions, even on social media. He was passionate about films and India’s progress…”

There was a time when our grandparents it seemed would know the Kapoor family – not from close quarters though – but they would regale us with stories of the Kapoor family in a manner that we felt they were our some distant relatives. Stories of Prithviraj Kapoor, Rishi Kapoor’s grandfather and the original showman Rajkapoor’s father, were regular at home. Rishi Kapoor was the second son of Raj Kapoor. It was said that after a huge financial loss Raj Kapoor had incurred after Mera Naam Joker (1970) he did not leave his dream and went ahead with the directorial venture of Bobby (1973), where he cast his then adult son Rishi Kapoor as the protagonist in this average budgeted movie. The film went on to become a super hit and the rest is history. Rishi Kapoor was launched and he went on to play the romantic lead in 92 films between 1973 and 2000, and was awarded the Filmfare Lifetime Achievement Award in 2008. He appeared opposite his future wife Neetu Singh in 12 films. He was last seen in the 2019 films The Body and Jhootha Kahin Ka. Some of his best performances in the later years of his life were in movies Agneepath (2012) and Mulk (2018).

President of India, Shri Ramnath Kovind in his condolence message tweeted: “He was so full of life that it’s difficult to believe that he is no more”. The song from Rishi Kapoor starred film Doosra Aadmi (1977) chal kahin door nikal jaayein is a befitting tribute to this charming, jovial hero who will always remain in our heart for his on and off screen charisma. We will all miss that radiant smile.

As the sun sunk in the horizon on April 30, the streets and by-lanes of old Delhi and few other places in the capital city echoed in a mournful cry as their beloved story-teller and historian, octogenarian Ronald Vivian Smith or R V Smith passed into eternity. One of greatest Delhi’s chroniclers R V Smith weaved beautiful stories out of galis, kuchas, bazaars, monuments and graveyards. Whether it was his favourite paan wala or the Mughal food, R V Smith had a story for all writing first for The Statesman and later The Hindu.

As a writer and chronicler, he authored a dozen books, mostly on Delhi, besides a romantic novel, ‘Jasmine Nights & The Taj’, a book of ghost stories and two volumes of poetry. He was the recipient of the Canon Holland Prize and the Rotary Award for general knowledge and the journalism award (1997-98) from the Michael Madhusudan Academy, Kolkata. With his vast knowledge in Egyptology, Grecian, Roman and Hindu Mythology, Sufism, qauualis, ghazals, mujras and other quaint pursuits, R V Smith was a man who brought history alive through his charm of writing.

His was a voice of a culture, a raconteur who knew where his heart was and for whom he was writing. Delhi will miss her story-teller. R V Smith was 82.

It seemed the worst was yet to happen. News of the Indian football legend and former captain Chinu Goswami’s demise sent in shudders. The legendry footballer was the most successful Indian football captain. Under his captaincy, India won the gold medal in 1962 Asian Games, finished runners-up in 1964 Asian Cup, and narrowly lost to what was then Burma in Merdeka football six months later.

The iconic sportsperson, who also played first-class cricket for Bengal, was 82 and breathed his last at a hospital here. Goswami played 50 matches for India as a footballer from 1956 to 1964. As a cricketer, he represented Bengal in 46 first-class games between 1962 and 1973. Chinu Goswami will be remembered for his dedication and team work.

As I sum up, I am left with the inevitability of life… Amidst this pandemic which has shaken us to the core, will humanity now ‘stop’, ‘breathe’, ‘notice’, ‘reflect’ and ‘respond’ and practice ‘gratitude’ towards ‘self’ and ‘others’?

Irrfan Khan’s words from his film “Life of Pi” will always keep reminding us to remain positive and let go everything for: “In the end the whole of life becomes an act of letting go. But what always hurts the most is not taking a moment to say good bye…”

Can we be a little slow, to be more smooth?

Big Effect of Corona virus situation on the youth and kids